The bitumen road was picturesque but more often flat and boring. We drove 330 km in total emptiness with no trees, mountains or even small hills. Just grass, only grass.

Further inland it was very hot. We had no aircon so we were not very happy. We arrived at Dales Campground in the early afternoon. It is a very well organised place with allocated camping spots.

From our camping spot, we could see Dales Gorge in the distance. On the other side of the road, there was an entrance to Dales Gorge walk, Fortescue Falls and Fern Pool.

After a quick setup, it was still time to go for a walk so this is what we did. Our goal was to see Fortescue Falls and Fern Pool.

Before getting on a walk we stopped first at Circular Pool Lookout and Fortescue Falls viewing area to enjoy the views.

The walk to Fortescue Falls started from the ladder going down. The walk was only 400 meters to the falls. The final part was unmarked and we had to walk between red stones. Once at the bottom we found a huge pool where people were swimming. The vegetation around was green and lush.

There was only a little waterfall at this time of the year but the water was flowing which was good.

As there was no shallow water entrance for Nell to have a splash (she didn’t swim yet) we decided to go further to Fern Pool.

It was another 300 meters from Fortescue Falls and shortly we arrived at Fern Pool. Here we found around a deep water pool placed at the bottom of the gorge enhanced with little waterfalls flowing slowly – a little oasis in the middle of nowhere.

Again people were swimming but there were no shallow ends so we decided to skip the swim. Only Marius had a go and he enjoyed it a lot.

We decided to leave the Dales Gorge trail for later on as we were running out of time. This means we will have something new to see when we come back.

The next day in the morning, we moved to the western park of Karijini National Park – Karijini Eco Retreat Campground. This campsite is located at a short distance from Knox Gorge that we passed on the right.

This campground is a perfect base to go for many gorge walks. And there is a lot of options to choose from: Hancock Gorge, Oxer Gorge, Red Gorge, Wittenoom Gorge and Weano Gorge with its Handrail Pool.

We immediately set up our camp among eucalyptus trees, and without wasting any time we went for a Hancock Gorge walk.

First we stopped at Oxer Lookout. This is a place where three gorges adjoin together: Weano, Red and Wittenoom Gorge. The view was amazing.

We really wanted to see up close the fantastic texture of rocks washed out by the water rushing there in the wet season.

Soon after we stepped down to Hancock Gorge trail we found out that Karijini Gorges are very small, like mini gorges. Hancock Gorge was one of them. Once we were down at the bottom of this mini gorge we started walking along.

The small path at the bottom was getting more narrow as we went. Later on, we could not walk further as the bottom was filled with water. An alternative was to walk on side rock ledges so this is what we did.

Karijini slippery rocks – do we ever learn?

Doing that we moved a bit further until the dry trail ended. To get any further we would have to get wet. Initially the water knee so it was fine.

Marius told me, as always, that it will be shallow … will I learn one day?

After a few meters, the water was almost to my waist. I had a camera in my hand, a mobile, sat phone and car keys in the bag on my hips. The bottom of the river was rocky and slippery.

You can imagine what happened next – a slipped!

I only had one thought in my head: ‘Camera! Hold the camera high!‘ And I landed on both knees on stones that had sticking edges.

I was not able to support myself, because I kept my arm stretched as high as possible so that this damn camera does not get wet.

The pain in my knees cause me to not think straight and I have done the most stupid thing I could do – I opened my bag to see if my phones were wet.

One of the cell phones landed in the water. Then I was 100% sure it was wet. My knees were on fire and they were getting bigger every minute. Marius decided to go on for a few more meters and I stayed with Nell behind.

The funniest thing, however, was that I had one cell phone in a waterproof bag and the other one, unfortunately, not – and which one fell into the water? Yep, the one without any protection.

In the afternoon Marius went back on the trail, I already had beautiful plum-coloured knees, and I decided I had enough for the day.

Knox Gorge looked amazing in the late afternoon from the viewing platform. Imagine a big plain where suddenly there is a big hole in the ground – this is how I can describe Knox Gorge.

The walk to get to the end of the gorge is only 1 km, but it can be challenging in a few places. This includes scrambling over rocks or passing small water pools at the bottom of the gorge.

At the bottom, there is a feeling you are such a small creature that is surrounded by these huge gorge rocks. The end of the walk is where Knox Gorge adjoins Red Gorge.

In summary Karijini National Park is one of a kind. I called it ‘Kingdom of Mini Gorges’. It is the only place so far that we saw stop signs at the end of walks. These signs were just a warning that the next part of the walk is a category 6 walk which is only for experienced climbers.

Karijini National Park offers a lot more but we could not see everything. Maybe next time we will have more luck.

Is it possible to access grade 6 walks in Karijini National Park?

Weano, Hancock and Knox Gorges end with a Grade 6 restricted sign. To enter beyond the sign you have to get permission from the rangers.

Also, these walks are for experienced climbers only where climbing equipment is a must. Remember that Karijini is infamous for its injuries and fatal accidents so make sure you get proper advice, equipment and permit.

Is it worth going to Hamersley Gorge?

As Hamerslay Gorge is located a little bit offside from Karijini main route, not many people visit the gorge. However this gorge is as spectacular as other Karijini gorges. People describe it as a dramatic gorge with weird swirled rocks, waterfall and tranquil pools. There is a 1 hour return walk to the waterfall.

Is it possible to climb Mt Bruce?

Yes, there are three walks to get there: 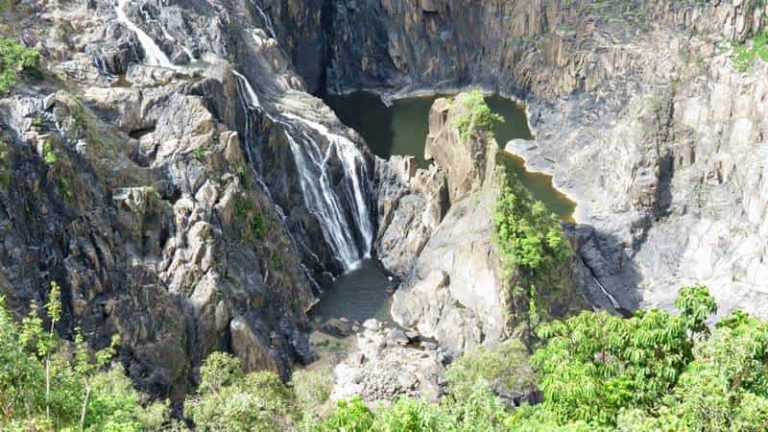 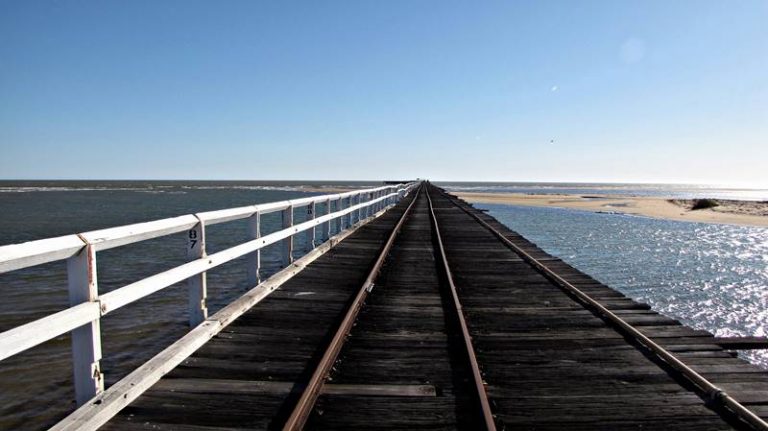 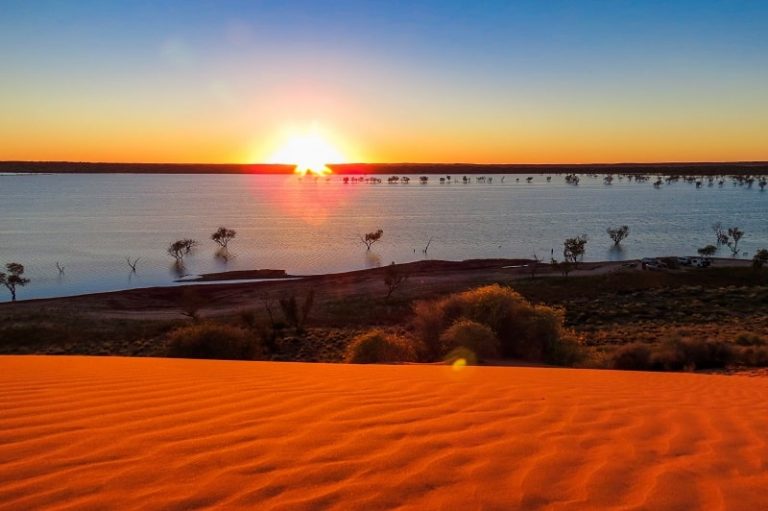 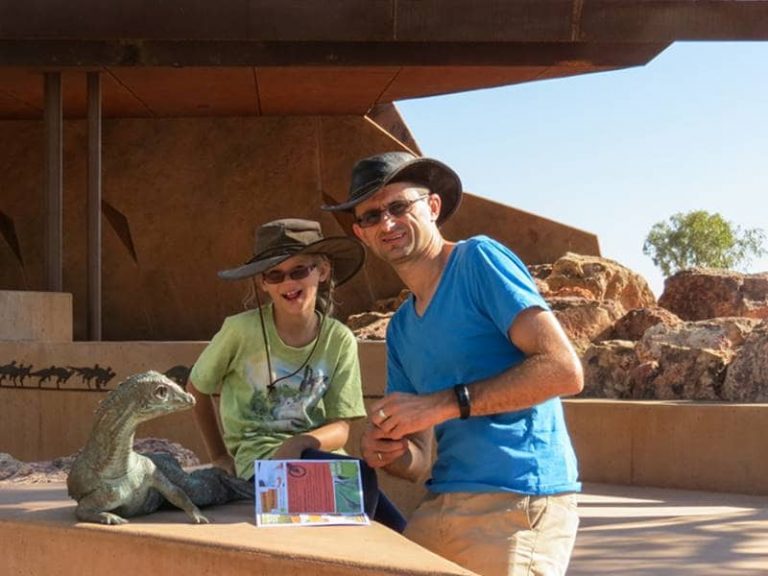 How much do you know about dinosaur history in Australia? In this post, we will take you on an ancient journey to follow the footsteps of the prehistoric creatures that once walked on this ancient land. Queensland has one of the best dinosaur attractions in the world where you can see to see a wide… 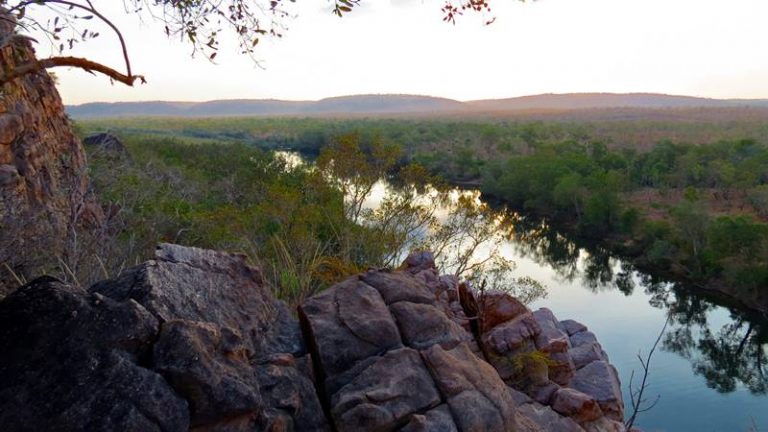 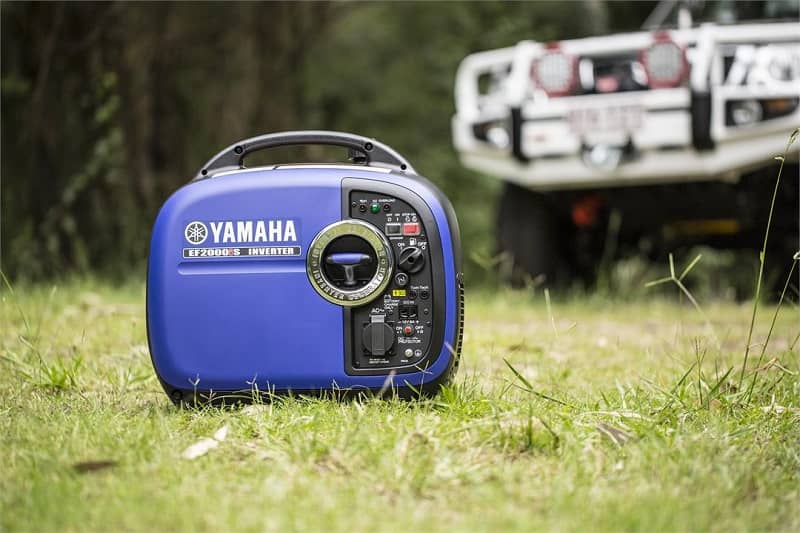 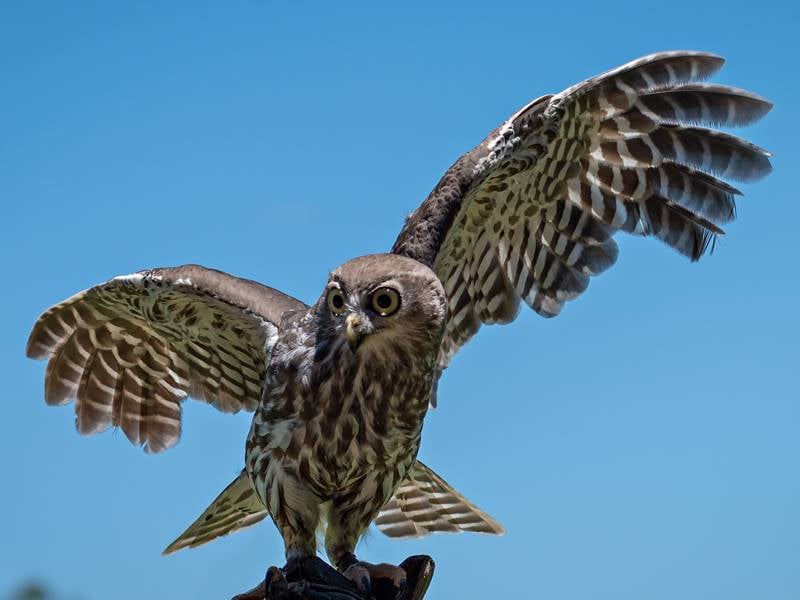 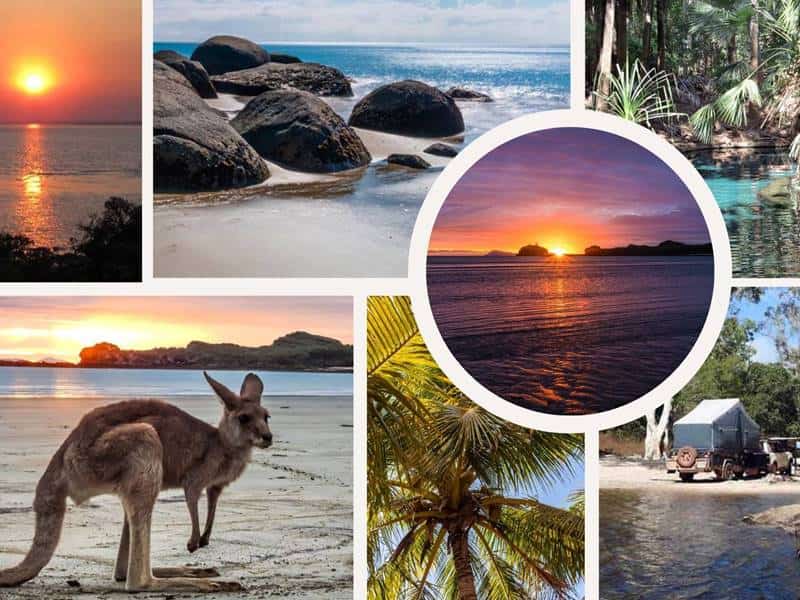 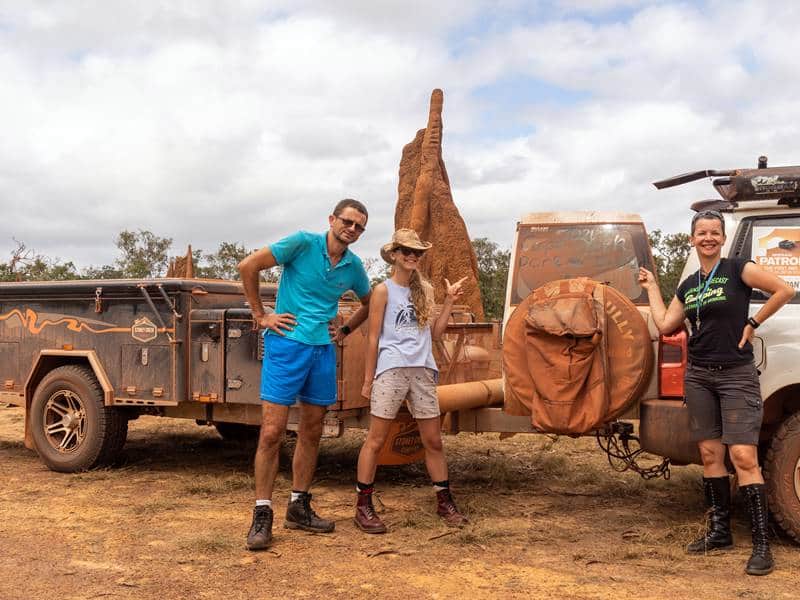 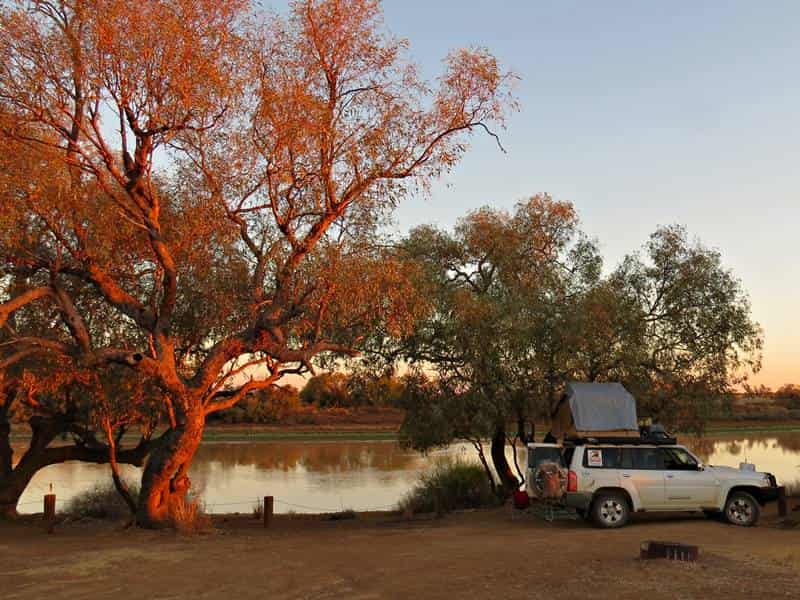 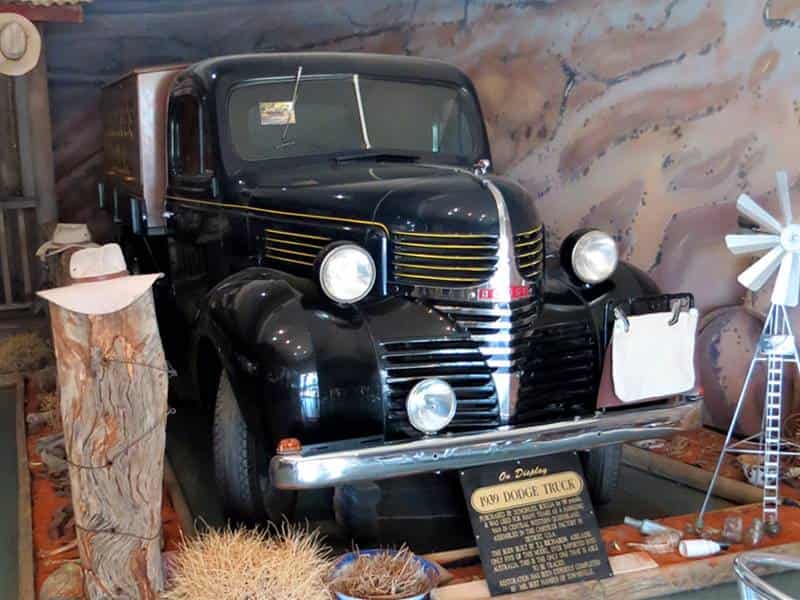