We had had a really good rest in Alice Spring before we continued our longest Australia shortcut. Our plan was to hit Plenty Highway just 70 km north from Alice Springs and at the end turn left to Urandangi Road for a final stretch to Mount Isa.

Preparing for a dirt again

In the morning we refueled the car and 4 diesel canisters: two on the roof and two additional that we installed on the trailer. In total we had 200 liters of diesel and that should cover around 1200 km. The distance between Alice Springs and Mount Isa was ‘only’ 840 km so it was then enough and we did not have to stop on the way.

After we learned our lesson with contaminated fuel (Read more from our post from Perth) we will no longer risk unreliable fuel along the way.

The beginning of Plenty Highway turned out to be quite a narrow gravel road, but after some 120 km it started to improve and even the corrugations disappeared.

We drove about 80 km per hour so it was great. However, we had to watch out for cows wandering around as usually there was no fence separating the road.

No fences – stock wandering on road

What silly animals they are. Often, they are standing at the edge of the road and have a dilemma about whether to cross the road or not. They finally decide to cross when they are already a few meters from the car’s hood.

It’s not that easy to stop our car and trailer that weigh 4 tones together. We usually stopped at first glance when a suicide cow was approaching the edge of the road.

Summer was approaching inexorably and the average temperature in the car was 42 degrees. We often had open windows when driving on dirt roads so the wind softened the feeling of the heat.

Few times we were driving through areas devastated by bush fires. There was a moon-like landscape where all bushes were burnt down, the soil was red and black and the trees had a black bark on them.

We know from visiting Darwin and Kakadu National Park (Read more from our … post) that some burnouts are controlled but here we were not sure.

Everything was burnt and it was hard to believe that next year the earth will be green again and reborn from the ashes. We know from experience that this will happen.

Later on, we drove through the area where the fires had to be more intense because we came across the remains of burnt cattle. The impression was horrifying as we felt the terror and hopeless situation of these cows.

We planned to stay in Jervois Homestead for the night, but when we got there, we didn’t find anyone. The campsites were in the middle of nowhere and in full sun.

We decided to go further and stay by the river. The place is called Arthur River Camping and it was a bull’s eye as it was beautiful and covered with trees.

I was located near a cattle yard, so cows were grazing near us. Unfortunately, Arthur River did not have any water, but at least we had a nice walk with Nell to gather some firewood for the evening.

The evening fell slowly. The shapes of the trees lengthened in the setting sun and the hawks went hunting. In the distance we watched a hawk eating a lizard in a hurry on the top of a dry tree.

Arthur River Camping is a magical and unforgettable place. We said to Nell ‘Go and wash in the river’. Let me put it this way – she was not impressed with our sense of humour.

We fell asleep hearing calls of the hawks…

The morning woke us with a cacophony of singing birds. We gathered quickly, ate breakfast and because we didn’t unhitch the car for the night we were quickly back on Plenty Highway at around 8 am.

The temperature reached already 35 degrees in the morning. We drove another 400 km through dry spaces. Sometimes we saw some hills, but they were basically empty fields, sometimes overgrown with bushes, but mostly dry grass.

The only recurring points were the narrow gates with grids between pasture boundaries. The cows were walking around all the time and I had to look out and have my foot ready to brake at any moment.

Luckily at one moment, we spotted a group of brolgas. What brolgas were doing in the desert? It was hard to believe, and yet the fact they strolled stately among the herd of cows.

How many times were we trying to spot Brolgas in Kakadu National Park or any wetlands we visited so far and nothing? And here you have it. Three brolgas walking around the cattle. Australia is an amazing and surprising place sometimes.

Our final road stretch started when we turned left from Plenty Highway and joined Urandangi Road. Urandangi Road is a very narrow, but flat track with no corrugations.

We had seen a few cars passing us and then we had to lean to the left to make it possible.

At some point, we stopped the car to enjoy the surrounding us Urandangi Road emptiness. The terrain was so flat and without trees so we could see the horizon for 20 kilometres far away and around us. We have not seen such a place in Australia yet.

We drove through the aboriginal town of Urandangi that was nice and tidy. The aboriginal people we passed were very decent and they waved friendly to us which was a nice change from Alice Springs.

There was another 90 km on Urandangi Road before we hit narrow Diamantina Developmental Road that lead us to Mount Isa. While driving we passed a few big road trains. As usual, we had to really slow down and sometimes even stop the car to be safe as the road was really narrow.

Around 4 pm we arrived at Mount Isa. We were expecting a city similar to Port Hedland, but what we saw pleasantly surprised us.

Mount Isa is a beautifully located, well-kept town dominated by a metal mine. We had some problems finding a campground.

Finally, after some driving, we found a caravan park on the outskirts of the city in a quiet corner with a view of nearby mountains. We wanted to stay a few days, have a rest and see some attractions.

Mount Isa is a hot place. It was already November so the temperatures were over 35 degrees.

Regardless of the heat, we had to get together and do some sightseeing. We started with Outback at Isa Heritage Display that was located right in the Information Centre.

Of course, the main topic of Outback at Isa was the mining of copper, silver and uranium and the whole display was around mining industry development. We read and listened to a few stories about how hard life was in the early years of the city’s existence and the use of camels and water problems.

In the afternoon, Marius went for an Mt Isa Underground Mine Tour that lasted for three hours.

They dressed him in a stylish orange suit and helmet. He looked like a miner. We waited impatiently for him to come back and tell us the story. Unfortunately, Nell was too young to visit the mine.

It was not possible to take photos inside the mine itself but at the end of the tour, there was at least one stage photo with the guide inside the lift.

In general, they took a lift down to the mine and walked through many tunnels while the guide was telling stories about the mining industry. There were a few exhibitions along the way.

For example, everyone had to try to use a huge, hand drill. Marius said it was super noisy. Now, this is all done with machinery and I can only imagine how hard it was back in the past to work as a miner.

Mt Isa Underground Mine Tour is the attraction that everybody should visit to understand the history of Mount Isa mining.

In the evening we went to the Mount Isa City Lookout to admire the panorama of the city in the light of the lanterns. While there, we met a man who moved to Mount Isa a few months ago and works here.

He praised Mount Isa very much and he and his wife plan to settle here permanently. 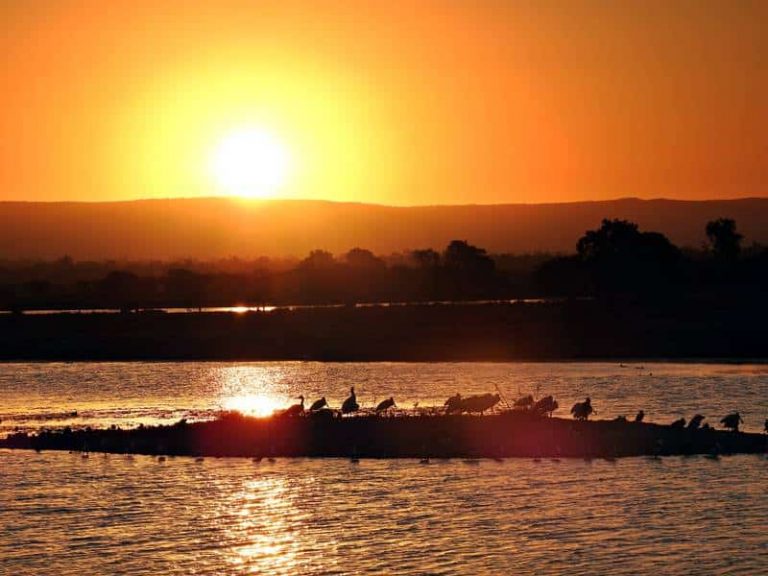 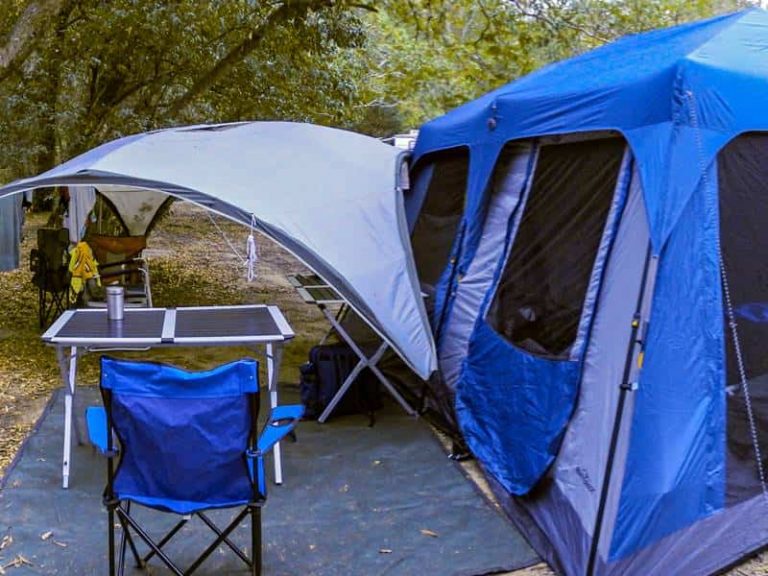 A tent is like a home away from home. Knowing how to choose the best tent for your trip is crucial as many tent features can impact your decision. After all, when you go on holiday you want to rest and have a nice and relaxing time.  First, ask yourself a few questions before you… 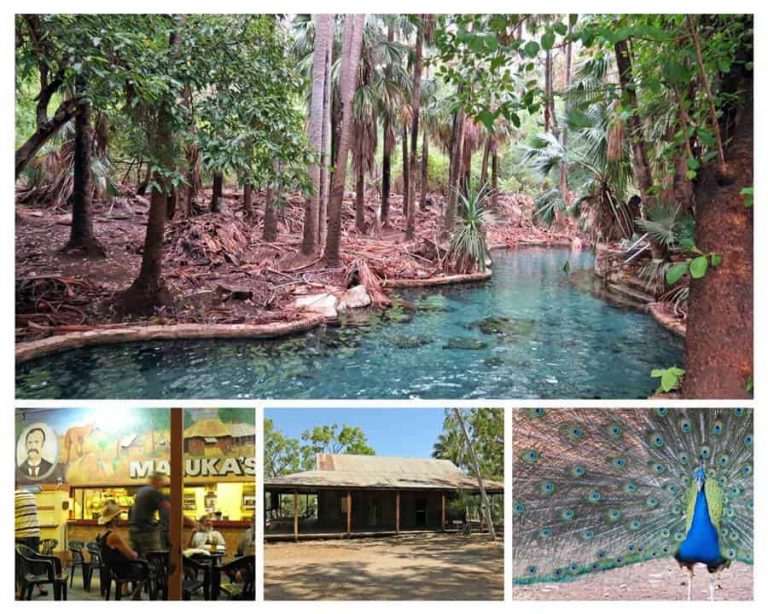 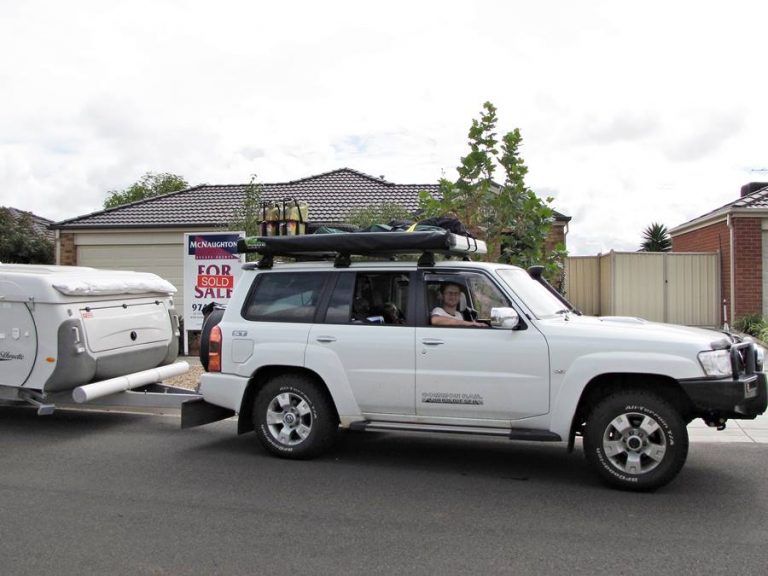 Cold night and crazy ideas How all of this started? How did we get an idea to go for a trip around Australia? Imagine a cold, windy winter night in Australia. I know, I know… Australia is supposed to be warm and sunny. Not in my story. As I said – it was cold, and… 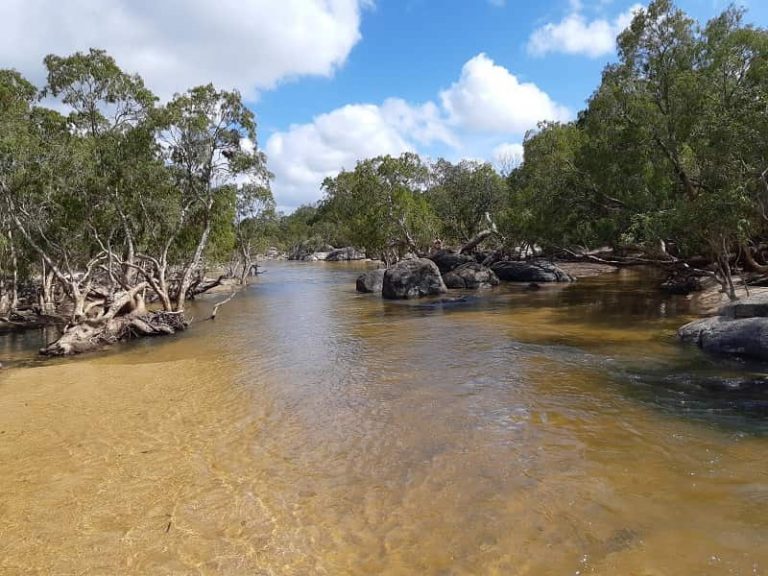 When driving on Peninsula Developmental Road (PDR), there are many places to stay overnight. However, only a few where you can park your rig next to the creek and enjoy free camping. Archer River Bush Camp is one of them. We mentioned already The Bend in Coen (in our opinion the best free camping on… 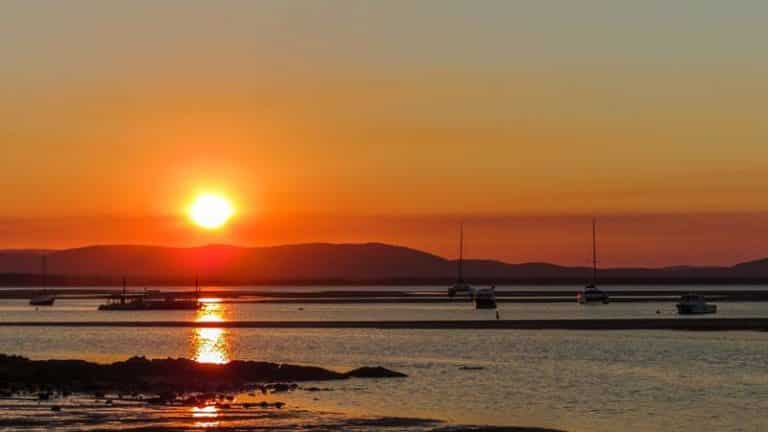 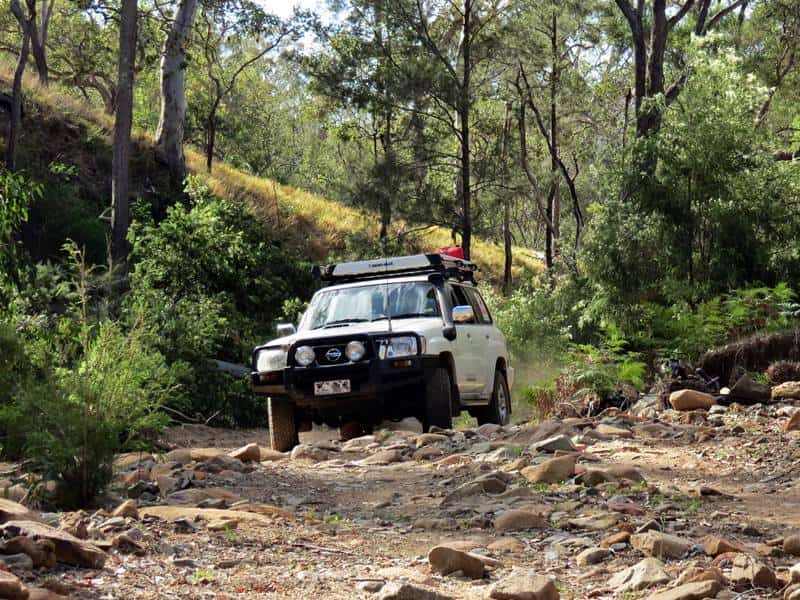 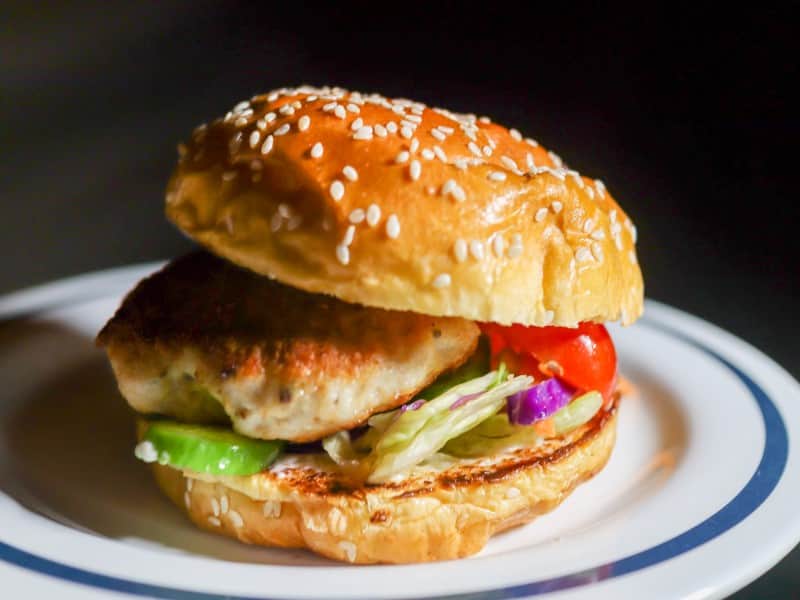 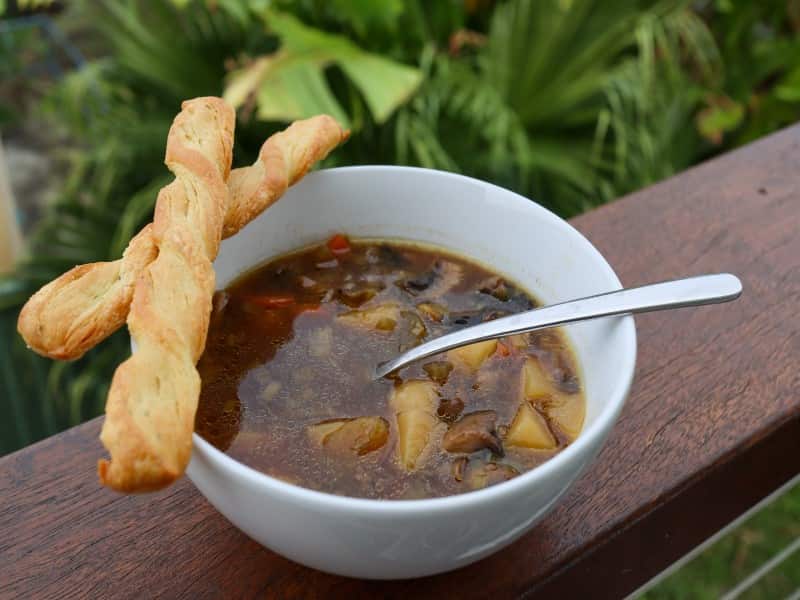 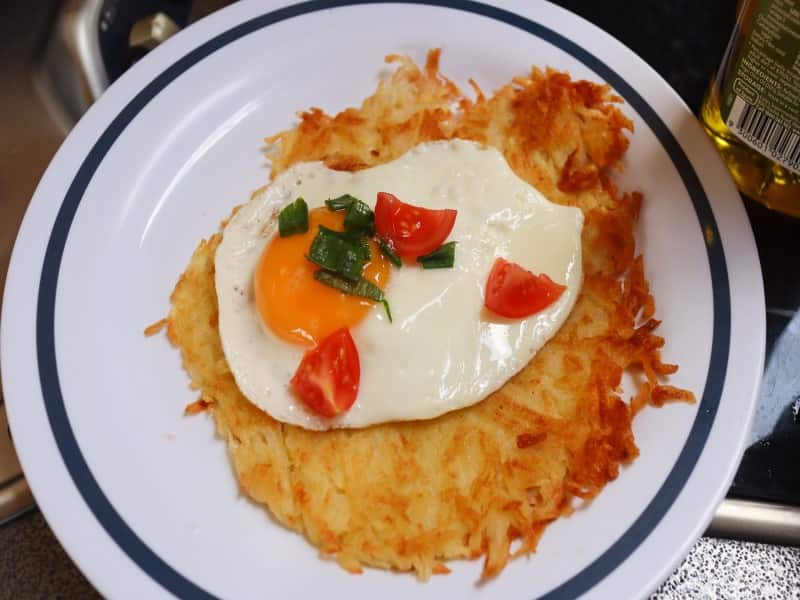 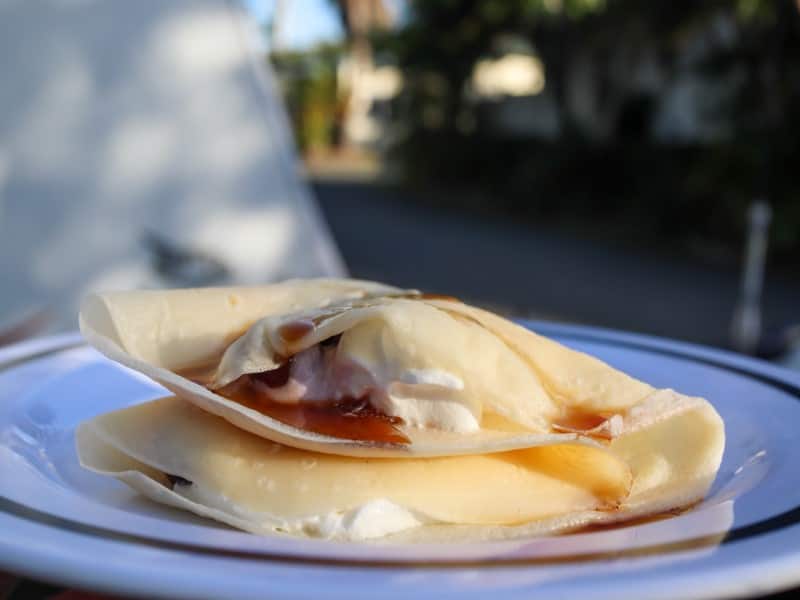 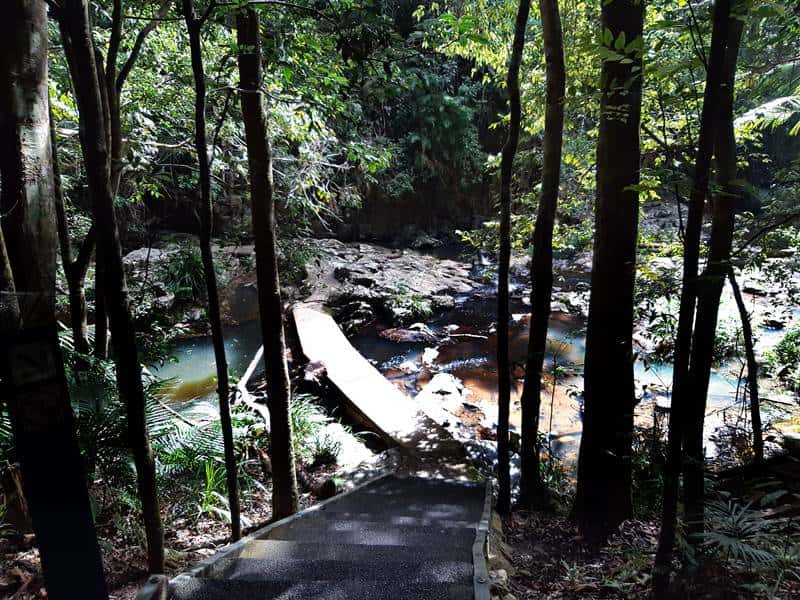