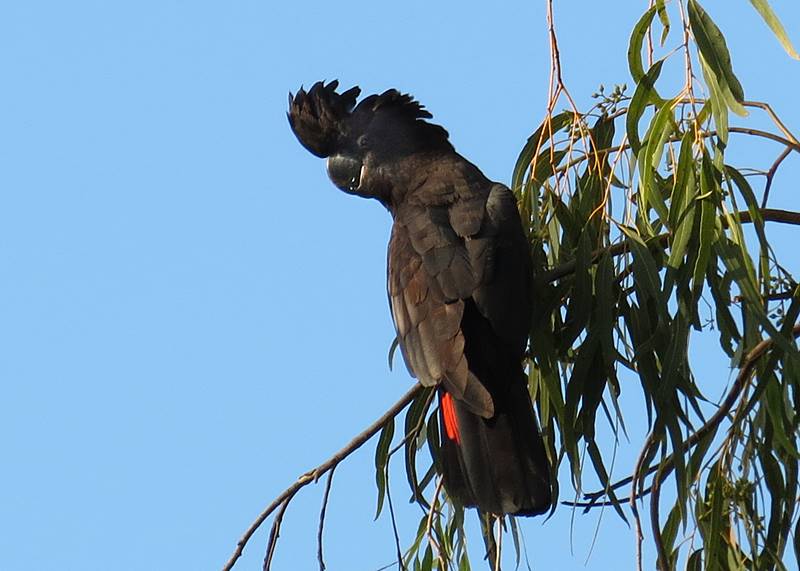 The Red-Tailed Black Cockatoo is a very distinctive bird that we always enjoy watching in its natural inhabitant.

The one feature that let you recognize it without a doubt is the scarlet or red panels underneath their tail especially visible in males. Females have yellow spots on the head, neck or wings and orange barring on the breast and under the tail.

They can be really noisy with a voice like a drawn-out trumpet: ‘kree’ that sounds like a rusty windmill.

These cockatoos live in a variety of habitats. Usually, you can spot them in forests and woodlands among eucalypts or casuarinas.

Red-Tailed Black Cockatoo can be found all around Australia in different regions occurring in discrete populations. Most commonly you can find them in most of Queensland, Cape York, Kakadu National Park, Kimberley, Western Australia, South Australia and Victoria.

There are five subspecies of the red-tailed black cockatoo. The south-eastern cockatoo is only found in south-east South Australia and south-west Victoria. With only 1500 birds of this subspecies, they are endangered by extinction. To find out more information or help as a volunteer in bird counting events visit Red Tail website.

Like most parrots, these cockatoos can be really good pets. They are calm in nature and will adapt to most of the captive situations.

Note though, having a cockatoo as a pet is like having a 4 years old child for many years as they live long years.

We often see red-tailed black cockatoos feeding in large groups. Sometimes they fly or sit on a tree in pairs or trio.

We had a close encounter with this bird in the Wildlife Habitat in Port Douglas which is one of the best places to see many bird species. You can actually hold the bird and take a great photo. 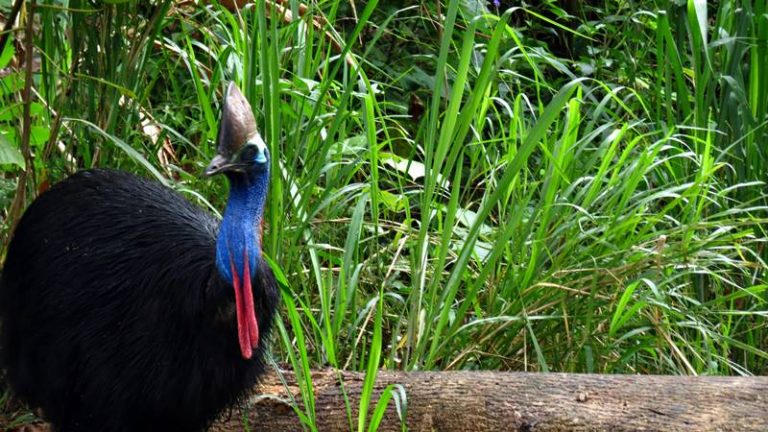 Southern Cassowary, called also Australian Cassowary is an iconic bird that can be found in the tropical rainforest in Northern Australia. It is a large looking bird, with grey casque, and long, red wattle hanging from the neck. The feathers of the body are black, the head skin is blue, and the rear of the… 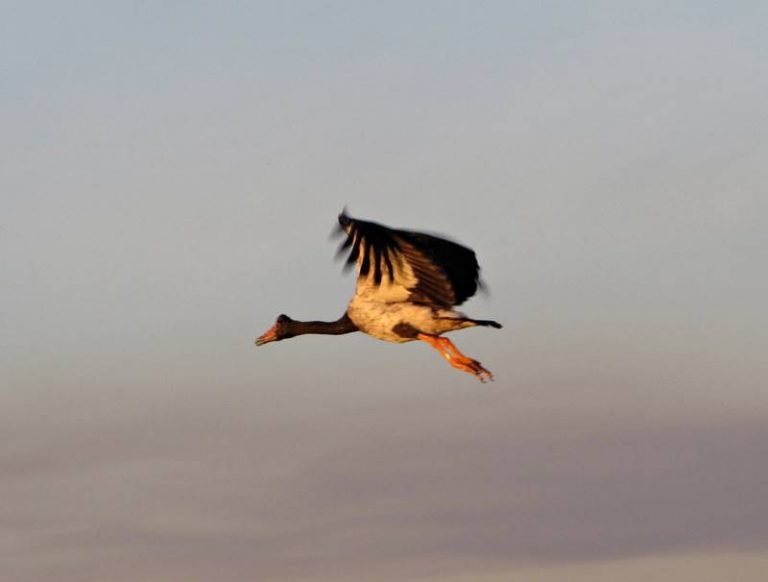 Magpie Goose loves Northern Australia.  The magpie goose has black and white plumage and long, brightly coloured legs. It is a big bird – 70–90 cm in size.  Male Geese have a large knob on the top of their head making them easily identifiable from females. Pairs of Magpie geese mate for life. Large, noisy… 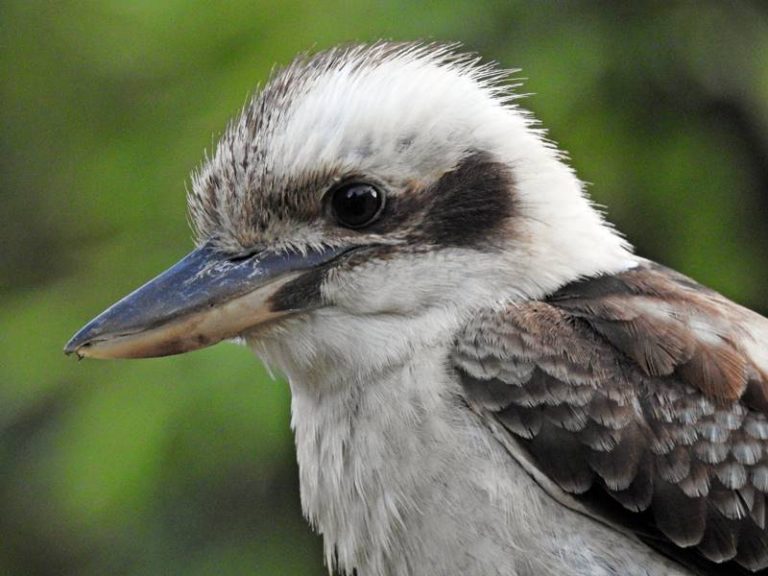 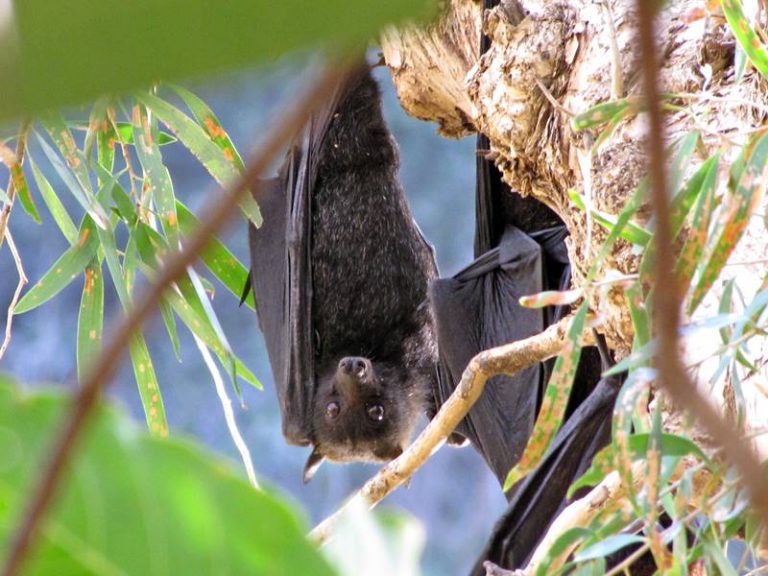 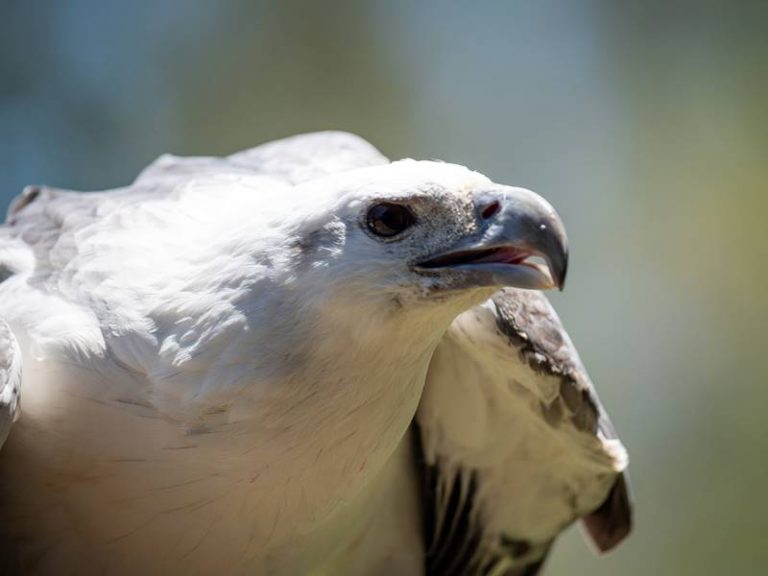 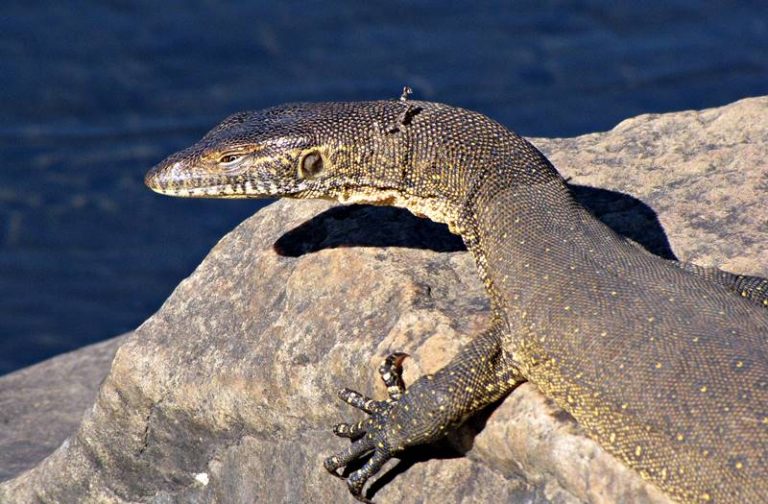