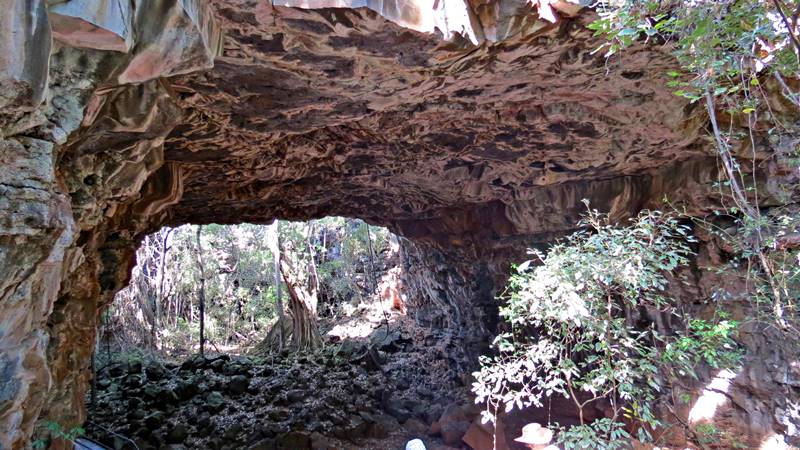 Regretfully we had to leave brolgas and wallabies in Karumba and move to our next destination – Undara Volcanic National Park to see the unique Undara Lava Tubes.

We had to drive around 520 km again as there was not much on the way – just a few small towns.

On our way out from Karumba, we stopped a few more times and admired the birds gathered in small reservoirs of freshwater, which had not yet dried up.

We spotted an entire squadron of pelicans flying over the water looking for a convenient landing spot in between brolgas, egrets, and ibises. 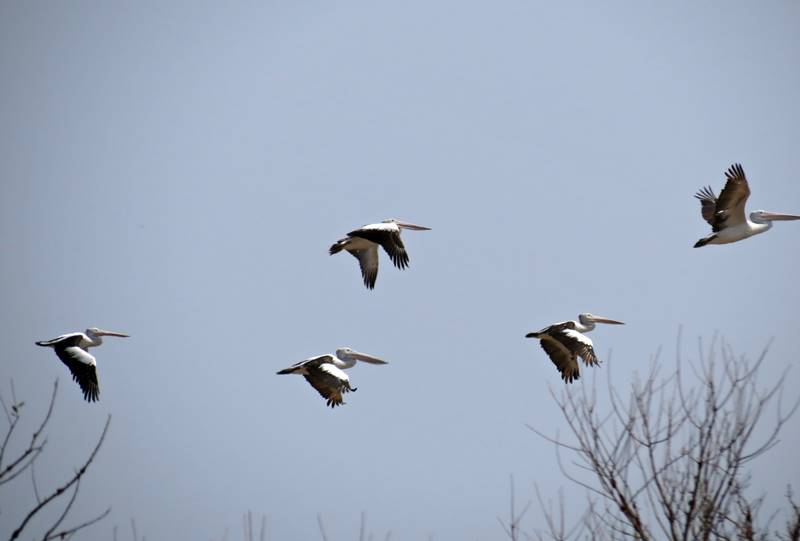 After passing Normanton we were back on Savannah Way which goes from Cairns to Broome and connects the three states. The road is actually called Gulf Developmental Road and it is very narrow.

I thought it would be a wide road, but it turned out to be a narrow strip of asphalt (one car wide)  sometimes only extending into two lanes.

The worst thing was to pass the roadtrains. We had to brake quickly and pull over to the side of the road, because these rushing beasts will not give way.

We passed other cars driving one wheel on the side of the road, hoping that the stones would not break the rear window of the car.

Overall the landscape was flat and boring, with the only exception of Newcastle Ranges we passed.

The closer we were getting to Undara the road was more winding and the views were more interesting.

In the afternoon we arrived at the Undara Caravan Park. The place is actually called Undara Experience and it is picturesquely situated on the border of the Undara Volcanic National Park.

Undara Experience has a fantastic atmosphere as it has several old, historic train cars used as a reception, restaurant and sleeping rooms etc.

All this is buried in a wonderfully fragrant eucalyptus forest. We were immediately greeted by a kookaburra sitting in a tree right next to the hood of our car.

Later on, kangaroos were crossing our site so Nell went to say ‘hi’. We felt home. The air was still hot, but not so humid anymore and it was much easier to breathe.

Undara is located on a plateau 760 meters above sea level, and it is the height that contributes to lower humidity.

We were actually lucky as we found out later that the day after tomorrow, the resort will be closed until April next year, due to the approaching wet season. So we managed to catch it at the last minute.

At 8 am we were already sitting in a small bus and going to visit Undara lava tubes. They are huge tunnels created by lava flowing 190 million years ago. It was hard to believe that the hills we saw around us have over 120 inactive (fortunately) volcanoes.

On the other hand, the Undara lava tubes created by the bursting volcano stretch over 160 km and are the longest lava tubes in the world!

Some of them collapsed or became clogged with soil but the fragments we visited today were impressive. We were wondering what happened here a few million years ago.

The volcanoes themselves do not look like any danger but we knew that they spat out hectoliters of lava in the past. Now, Undara lava tubes are no more than rolling hills that are part of this landscape.

After seeing Undara lava tubes, in the afternoon we drove a few kilometers to do the Kalkani Crater rim walk.

First we climbed to the top of the rim of Kalkani Crater. Then, the walk was going around the top of the volcano rim. Kalkani Crater area was overgrown with trees and vegetation. On the ground we spotted many small volcanic rocks that reminded us of what happened in the past.

Luckily the panorama around Kalkani Crater was beautiful and we enjoyed a great view for miles around. Marius and Nell collected two small lava rocks to keep their memories.

Undara Experience is a unique place and we wanted to stay longer but as I mentioned the resort and caravan park are getting into wet season sleep and we had to move on.

Our plan was to get to the east coast, and to be more precise Daintree National Park. It was already late (beginning of December) so we did not want to be stuck anywhere if big rain comes.

After leaving Undara the next day, we continued on Kennedy Highway. The landscape was still dry and temperatures hot until we started climbing to Atherton Tableland.

Ravenshoe - what a change of climate

Then, everything changed and we were in a moderate climate country. This microclimate was particularly amazing in Ravenshoe which is a small and very picturesque town that sits at an altitude of over 1000 meters above sea level.

Nobody would have guessed that this is tropical Queensland. The temperatures are moderate, the moisture sits on the face and the clouds are rubbing against the tops of the mountains.

After thousands of kilometers of dry vegetation, such colors simply do not fit in our heads!

It was so foggy with drizzling rain that we had to turn on the lights. What a place!

Ravenshoe reminded us about the man who shared his gemstone stories with us at Barradale Campground, right before we traveled to Exmouth (he was from Ravenshoe).

Later on, we drove past Atherton, a town that is picturesquely situated at the foot of small hills.

We did our shopping right next to the place where the sugar cane processing plant once stood.

Interestingly, an old steam engine that used to work there was left behind. So we ate lunch looking at old photos and a huge machine.

We were also surprised by the short distances between the towns – about 30 km on average and a large number of cars on roads.

After all, for the last few weeks, human settlements were about 350 km apart and driving all day we encountered a maximum of 1 or 2 cars. It turns out we finally arrived at the bustling civilization.

Later on, we drove down from Atherton Tableland to meet the tropical Queensland climate. It was the beginning of December so it was hot and humid with big clouds in the sky.

We stayed for the night at Wonga Beach Caravan Park located on the beach. Unfortunately, a few days ago there was a storm somewhere nearby and the waves were throwing a lot of mess ashore so Wonga Beach looked like a garbage dump.

In addition to broken boards, sea grass and a bottle in which there can be a genie that fulfills your wishes (I know, I know too many fairy tales), you can also put together a new pair of shoes and a set of dishes, etc.

Marius was hoping to catch a fish at Wonga Beach, but he only pulled out pieces of sea grass, and he quickly became discouraged. We fell asleep hearing the waves gently hitting the sand. It was warm and small coconuts hit our trailer roof with quite a noise. It was good we did not install a solar battery on the roof!

Next day, we are going to Daintree village and Daintree National Park. Maybe we will see some cassowaries? Who knows?

Visit Hema to get your maps and GPS navigator 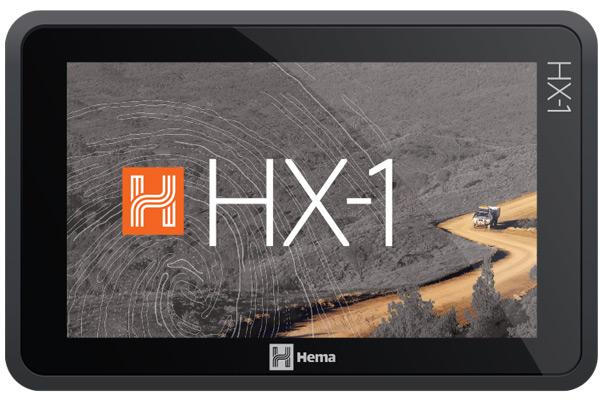 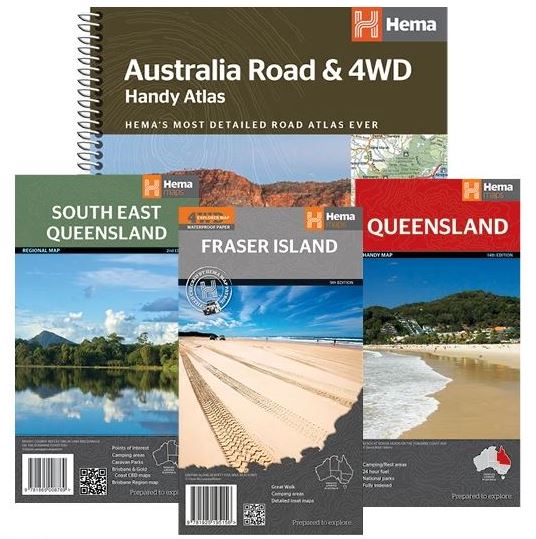 Learn more about off road driving from our guide 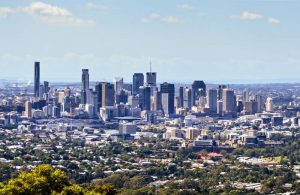 Our camping around Australia ended successfully. It is now the 20th of February. We both 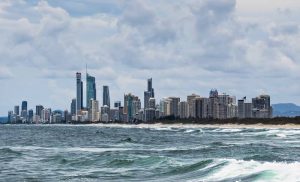 We stayed in Big4 Gold Coast Holiday Park in Helensvale. The park was renovated recently 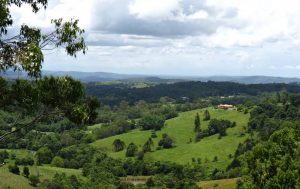 Before driving to Sunshine Coast we heard a lot about it. People say that Sunshine 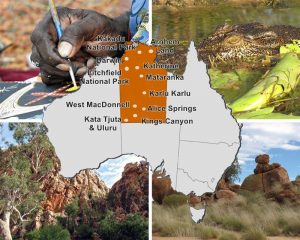 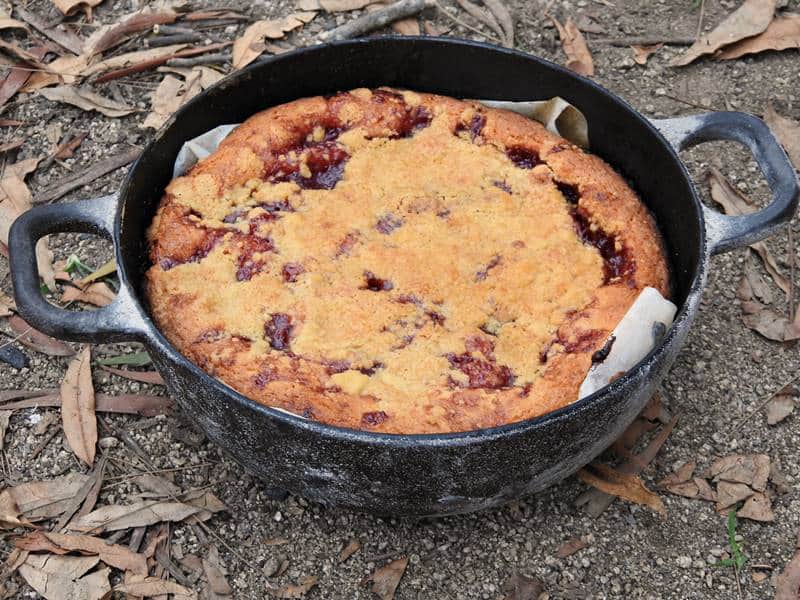 Read More
On the way...
Search

From red dirt to tropical rainforest. Ten places anyone should add to their bucket list. Subscribe and receive ten colorful infographics.

REWARD YOURSELF WITH A FREE BOOK

10 Australian National Parks
anyone should visit