Derby is a small town in Kimberly and along with Broome and Kununurra, it is only the third town with over 2000 population.

Despite its size, Derby offers a few things to explore. One of the most famous places to go is the Derby wharf with its highest tide up to 11.8 meters. This actually places Derby as the second highest tide in the world (after Bay of Fundy, Nova Scotia).

The good thing about it is it is around the wharf where you can drive around, park your car and start fishing. Derby wharf was the highest tide wharf we have seen so far.

When we got to Derby we had dust everywhere so the first thing we did was to clean the trailer. Also, after so many corrugations in Gibb River Road we had broken a few things, e.g. little battery doors so we called camper service immediately to order a repair.

It turned out that we cannot fix everything and it will be necessary to go all the way to Perth to do it. Anyway, until they fixed it, the trailer was not going on any serious off-road.

Be prepared when offroading in remote areas. Bring spare parts and tools to do fixes on your own. There are no services around.

The next day, after cleaning from Gibb River Road, we visited Old Derby Gaol. This is where Aboriginal people were held back in 1906.

The whole building looked like a bicycle shed, except the floor had chains attached to the floor, to which people were chained for the night. The overall impression was very depressing.

Upon arrival at Derby, we bought the necessary fishing gear like hooks, weights, and other things. We only had a rig for barramundi, and now we are talking ocean fishing!

We were told that we could fish from the pier which is up high and the crocodiles don’t reach unless you go down to the rocks.

In the evening Marius went to ‘wet the line’ and check the new gear. The best time to go fishing is always an hour before the highest tide.

In the evening it was already past the highest tide and unfortunately, the fish were not interested. Instead, he did catch a crab, but fortunately, he did not take it with him. I did not know any crab recipes yet.

The next day, Marius went fishing at high tide again. He took a lot of cold beer with him and I think he enjoyed his time. Marius promised to be back in an hour.

He came back after 2.5 hours and brought a huge fish! It happened to be a mulloway (jewfish) and it was 90 cm long and weighed 5 kg. Simply giant.

Half of the campsite came to see it. I personally hoped that someone would tell us how to fillet the fish, but they only took pictures and disappeared!

We were struggling for a while, so a guy camping next to us came with his knife (a special one, very thin) and he separated it from bones. We had eight diner portions of one fish! Not bad.

In the evening we had a delicious dinner. We haven’t eaten such fresh and tasty fish for really a long time. Marius on the other hand has become a campsite celebrity. Everyone knows him already.

They constantly ask about what rig he used, what bait he used, they come with their rods. It’s funny because this was Marius’ first real fishing experience.

After 3 days in Derby, the next big thing on our list was Dampier Peninsula with beautiful cliffs, white sand beaches, and turquoise waters.

We expected a lot!

Are there any other attractions in Derby?

Pigeon Heritage Trail – it is a story of the Aboriginal tracker Pigeon who led a successful, armed rebellion against European settlers. It is a self-guided trail that takes you to different places where you learn the history of Pigeon. Get more information from Derby Visitor Centre.

Wharfingers House Museum – open on request museum that holds various displays related to the town’s history. You can obtain the key from Derby Visitor Centre.

Myall’s Bore – the bore was created by a man called Mayall who sank it to a depth of 322 meters.  It is located 7 km from Derby. They claim it was possible to water a long trough for 1000 cattle at one time.

Old Cemetery – the cemetery is located in Lovegrove Street and is part of the Pigeon Heritage Trail. It has graves of first Pigeon’s victim and Aboriginal tracker ‘Larry’.

Mowanjum Aboriginal Art & Culture Centre – located 13 km from Derby it is an Aboriginal Art Centre that is home to unique Wandjina figures. You can meet the artist and buy paintings, prints, clothing, books, or videos.

Norval Gallery – the gallery is located at the beginning of Derby, 5 km from the wharf. It is Mark Norval’s work, past and present plus other artwork from local artists. Dogs are more than welcome to visit too.

Read more from our post about Windjana Gorge and Tunnel Creek.

Is there a road to Horizontal Falls?

There is no road to Horizontal Falls. The only way to get there is by boat or seaplane. To book a tour visit https://gohorizontalfallstours.com.au/

Today we finally arrived in Perth. On our list was Perth Art Gallery, Western Australia Museum and Perth Zoo. However, it was not without problems, but let’s start from the beginning.  Our ambitious plan was to wake up at 6 am, have a quick breakfast and get to Perth in the morning. In reality, we… 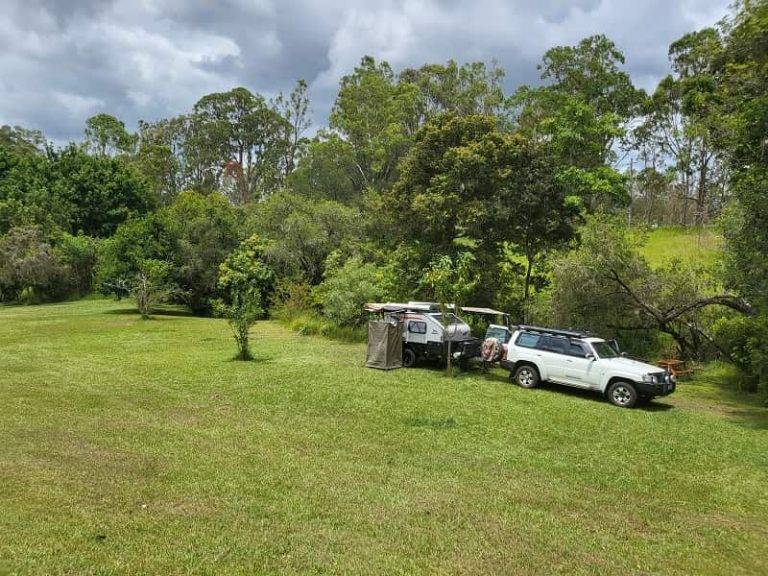 Pluck a Duck Creek campground is located only 4 kilometres from Dayboro and 40 km from Brisbane CBD. It is available through Hipcamp for a small fee. If you are searching for peaceful camping far away from civilization why not pay a visit to Pluck a Duck Creek for a weekend? The campground does not… 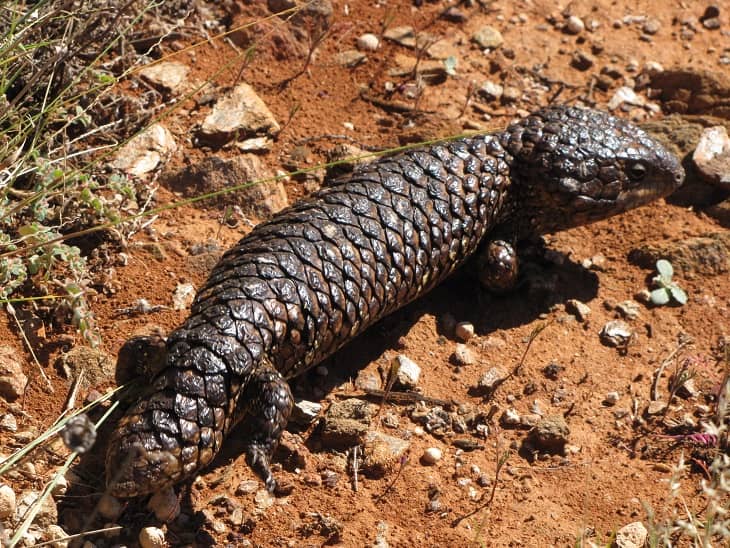 On the way to Mildura The road was hilly, although sometimes we had an impression that we were driving through the Italian provinces – on the right side a vineyard, on the left olive orchards. But for the most part, the road was empty. We arrived at our destination at 2 pm.  Mildura is a…

Our next destination was an unplanned one. We were going to visit Shirley and Stan son, Tony, in his homestead around Monto. Early in the morning, we met Shirley and Stan in front of our Discovery Caravan Park. They also take took a caravan.  We took an inland road via the historic town of Mount…